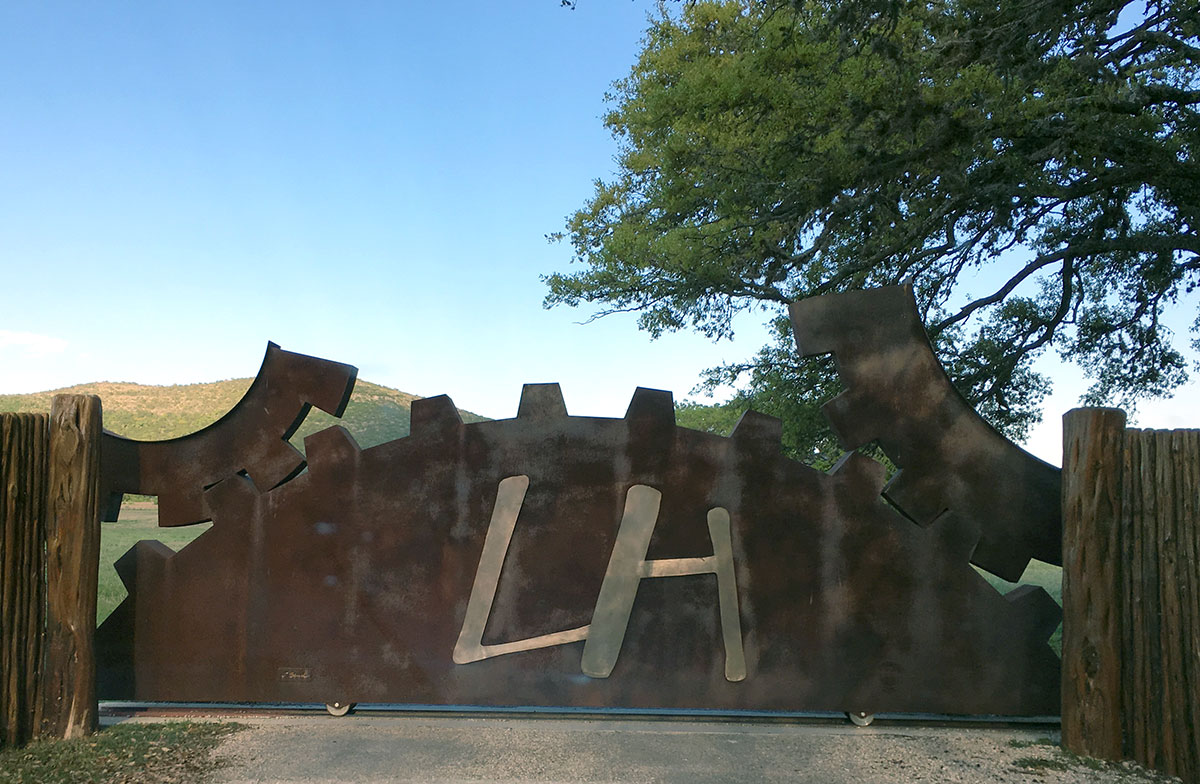 As a freelance writer, my life can be summed up in three words: 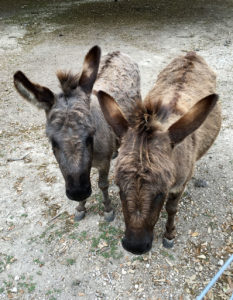 During the day I do a considerable amount of writing blogs and web copy for various freelance clients, as well as create my own fiction. Then there’s all the tasks of running a business, not to mention organizing a conference.

Having not left town for even a day trip in nearly two years, I had a craving to do a short road trip, but there was always a looming deadline, a meeting to attend, or some other reason why I couldn’t justify the time, or I’d just tell myself I couldn’t afford it. Maybe next month, I kept thinking.

Out of the blue I had an opportunity to join the first CampConnect weekend at Camp Lonehollow, receiving a complimentary invitation to attend as a blogger. Miraculously, there wasn’t a single thing on my calendar for the entire April 8-10, 2016 weekend. As described on the website, CampConnect promised to “inspire and engage my youthful spirit.”

Suddenly all my excuses had evaporated into thin air. I was finally getting to leave town for a couple of days and do something fun! 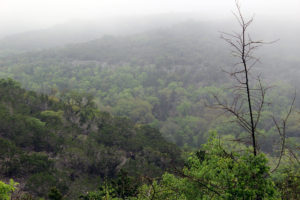 Camp Lonehollow is located in Vanderpool, TX, population 22. It’s a few miles south of Lost Maples and just north of Utopia. In other words, it’s pretty much in the middle of Nowhere, Texas.

But what a beautiful Nowhere it is.

I decided to take the scenic route (which Google promised would take only five minutes longer than the interstate), following lonely two-lane highways through Blanco, Kendalia, Comfort, Center Point, and Medina. I crossed sparkling clear streams, sped past cows, goats, sheep and even bison, had strange looks from folks as I walked into gas stations with my purple hair, and gasped at the birds of prey coasting on air currents over the highway canyons that had been sliced through steep hills.

From a distance the hills could have been mountains, and I lost track of the number of times I marveled over the lush greenness of springtime in the heart of the Hill Country.

After a slight detour when Google Maps sent me astray, I made it to Camp Lonehollow. It was like Dorothy approaching the Emerald City—I had no idea what I would find beyond those gates. There were horses, and a herd of antelope up on the hillside. And vast rolling hills of green. When I crested a hill and first saw the camp off in the distance I thought it looked like such a wonderful place—and when I realized it was my destination, I threw my ruby slippers out the window. 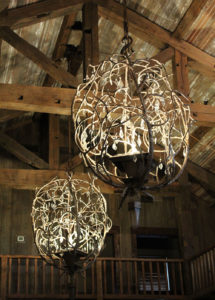 When I arrived, I saw no one around, so I entered the Headquarters building. There I was greeted by Matt, a charming young man who over the course of the weekend became our “Gopher” for the weekend, which with all of the food and amenities felt much like being on a cruise. After checking me in, he offered me cookies and small mason jars of ‘camp water,’ which I took to be limeade.

And that’s when I knew I had come to the right place.

After unpacking my car (with camp water in hand!) and meeting the first of my bunkmates Raquel, I headed down to the dining hall.

With the gorgeous chandeliers and elegant placesettings with flowers I couldn’t help but feel like I had just stepped into a land of magic. As Matt noted, it’s not exactly Hogwarts—but maybe it’s Hillbilly Hogwarts. 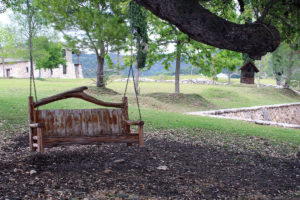 Our mission for the next two days was to “be present.”

CampConnect brought together a few different groups of women, including lawyers and stay-at-home moms, the bloggers, and a handful of others. As it turned out, we all had issues that motivated us to attend. For some, it was a break from a hectic work or family life. Some were escaping a difficult relationship, or struggling with physical health concerns. For every single woman who attended, it was a chance to do something just for ourselves.

Meg and Molly, the two women who put this weekend together, really wanted us to put aside all of our worries and the stuff going on back home for a couple of days, and instead soak in the atmosphere, the company, and the spirit of CampConnect.

And at camp we had a chance to relax, network with fascinating women, challenge ourselves, and have fun. All while we were nestled in a pocket in the hills that blocked all cell coverage except in the dining hall. Some hiked to the top of the hill overlooking camp, while others rode horses, made bird’s nest necklaces, arranged flowers, hung out with the donkeys and alpacas, played with the dogs, relaxed with early morning yoga, and painted ponies (drawing on horses with water-soluble colors). Others grabbed a book, took photos or wrote, or even just took precious naps in the peace and quiet.

The Brûlée in Crème Brûlée

Camp Lonehollow is usually the location of kid’s summer camp, but roughing it wasn’t part of our agenda. Our cabins held some ridiculous number of pillow-top bunk beds (we never could seem to count them all after several glasses of wine!) and had ginormous showers.

At breakfast, lunch, and dinner we cast aside diets and calorie counts for Chef Mike’s gorgeous salads, steak, salmon, and ratatouille, with desserts of molten lava cake, tres leches cake and crème brûlée that no one was allowed to refuse. Over glasses of wine we told each other about our lives, our families, and our careers.

Sitting around the fire later, we roasted marshmallows for s’mores made with Godiva chocolate and shared some of our greatest personal challenges. Some of us stayed up late in our cabins, in what might have been our first slumber party in decades. 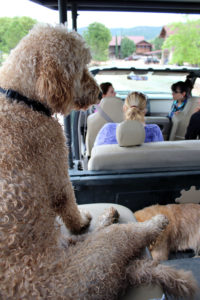 For me, I wasn’t looking for a strenuous camp experience. All I really wanted was to get out of Dodge for a couple of days, do a little writing and introspection, and get away from the computer that ruled my life. I didn’t have huge expectations for the weekend, other than to find some quiet and enjoy some outdoor time.

And I found exactly what I was looking for at CampConnect.

While I had wonderful conversations with women I met over the weekend (I only knew one person before I arrived), I also had time to wander around, feed the alpacas, befriend the donkeys, sit beside the lake and write, and count the number of medicinal herbs I could find (for the record, despite a recent mowing of the property  I did find verbena, mullein, horehound, agarita and prickly ash). I recharged my vitamin D reserves by sitting in the sun (although clouds followed us around, it never dampened our spirits), found unexpected inspiration from my fellow campers, and realized that as much as I felt like I didn’t fit in with that crowd at all, there was still a place for me there.

This was Camp Lonehollow’s first CampConnect, and they have plans to do them several times a year outside of summer camp season. Their next CampConnect will be September 30-October 2, and to learn more about it, contact Molly at Molly@lonehollow.com.

With luck, I’ll see you there!