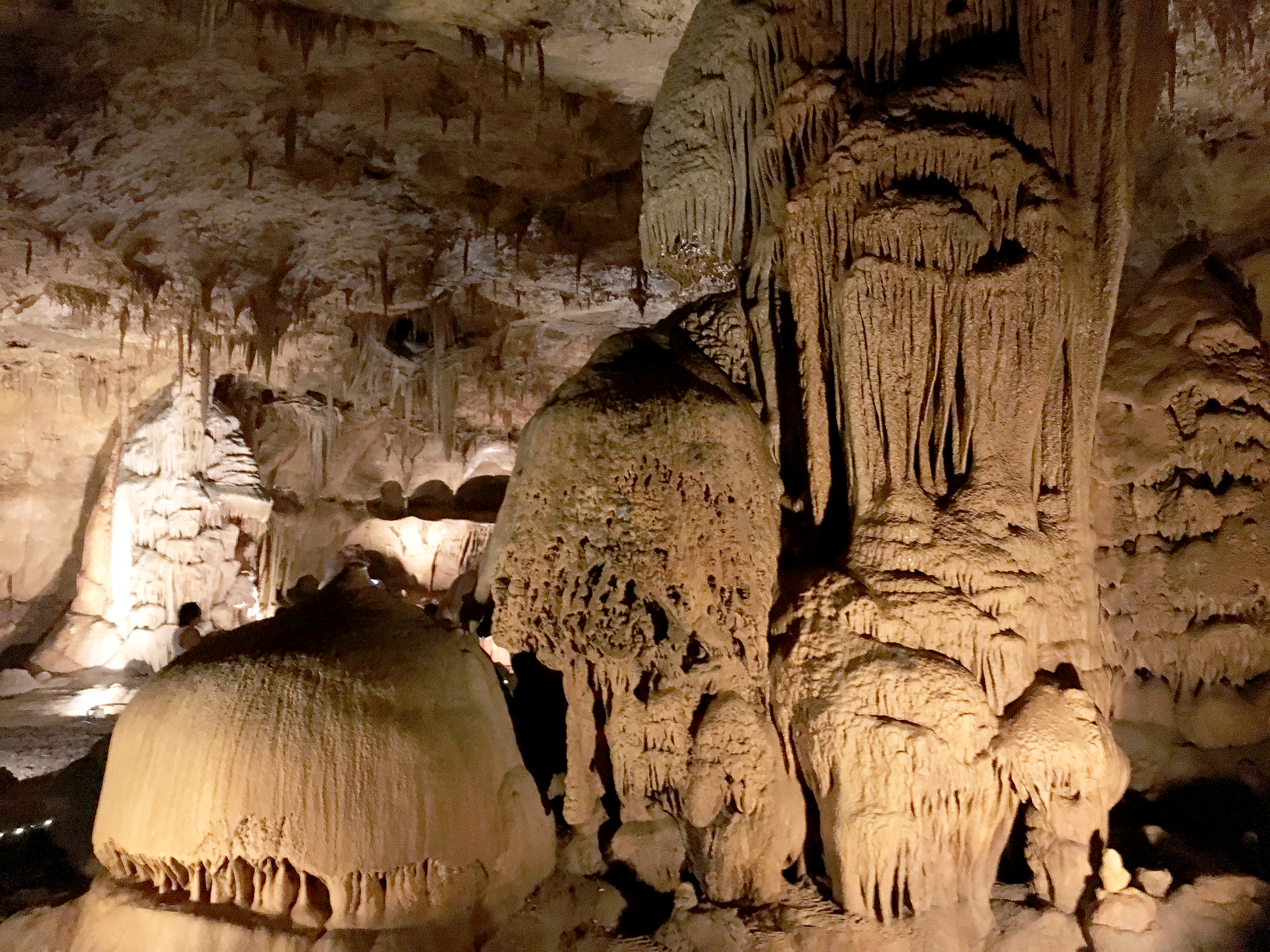 Caves were meant for music.

Last weekend I attended the Fall Equinox Concert at the Cave Without A Name in Boerne, TX.

Excitement built from the moment I was greeted with the first breath of cave air. Even though I’ve been to caves before, I’m always overwhelmed by the magic of a living cave. For this concert we were seated beside a massive stalagmite, with bats fluttering around giant stalactites dripping water into reflective pools. With instruments ranging from a cello to a didgeridoo, and exquisite vocals, the incredible acoustics highlighted each unique sound.

I’m now convinced that caves were made for concerts.

Oddly enough, although I hadn’t ever visited this cave before, it wasn’t my first time at the cave. Back in 2011 I spent a very long, very cold December night outside this cave in the nearby woods.

It was part of a scouting survival scenario weekend. We started the day in a physically-intensive orienteering class on a large ranch in the Hill Country with some rather large hills. After stops at Starbucks and downtown San Antonio, we thought we were done for the evening when we stopped for a decadent late supper at IHOP. At midnight we crawled up to the Cave Without a Name in Boerne for a night of “guarding” something (I can’t recall what) at a deer feeder, in complete darkness.

Early the next morning, after no sleep whatsoever, we had to try to reach our objective without being caught. I was concealed along a gravel road as the sun came up, and from my position for over a half an hour I watched three men in ghillie suits try to approach our objective.

My heart was racing as I watched them, terrified to be spotted, but also fascinated by the sight. They moved impossibly slowly, inching their way forward as I would expect a trained scout to do. At the time I recall thinking they moved like dancers, totally in sync, with immense patience and stealth. I watched one raise his arm to signal the others as he climbed slowly up the embankment. Realizing  that they were facing away from me, and wouldn’t be able to see me if I moved, I quietly made my way to the rest of the group.

After the class, as snow flurries swirled around our half-frozen limbs, several of us started comparing notes about the men we had seen. To our surprise, our teachers swore to us that they had not arranged for “professional” scouts to work with our class and that there were no men in ghillie suits. Even months later, when I was chatting alone with one of the teachers, he swore to me that there were no such men there that night.

Since that time, I’ve been thinking about that crazy day. To this day I don’t know if it was a group hallucination or if we had, indeed, seen these men. I still think they were there, but maybe they were ghosts of soldiers long dead?

At any event, when I discovered that the Cave Without A Name scheduled concerts in the cave, I didn’t even hesitate. I wanted to return to the cave and learn more about it, although this time I wouldn’t be crawling around on the ground in the dark.

For roughly 15 minutes during the concert, these amazing musicians and singers performed in absolute darkness. There’s something liberating about being at a public concert in the dark. It offers the freedom of knowing no one can see you and you can see no one else, that it’s as if you’re alone in the space, with nothing but the music, as if it exists just for you.  It’s magical.

Maybe it’s not as magical as watching mystery men spying on your class, but it’s close.

Band in the cave