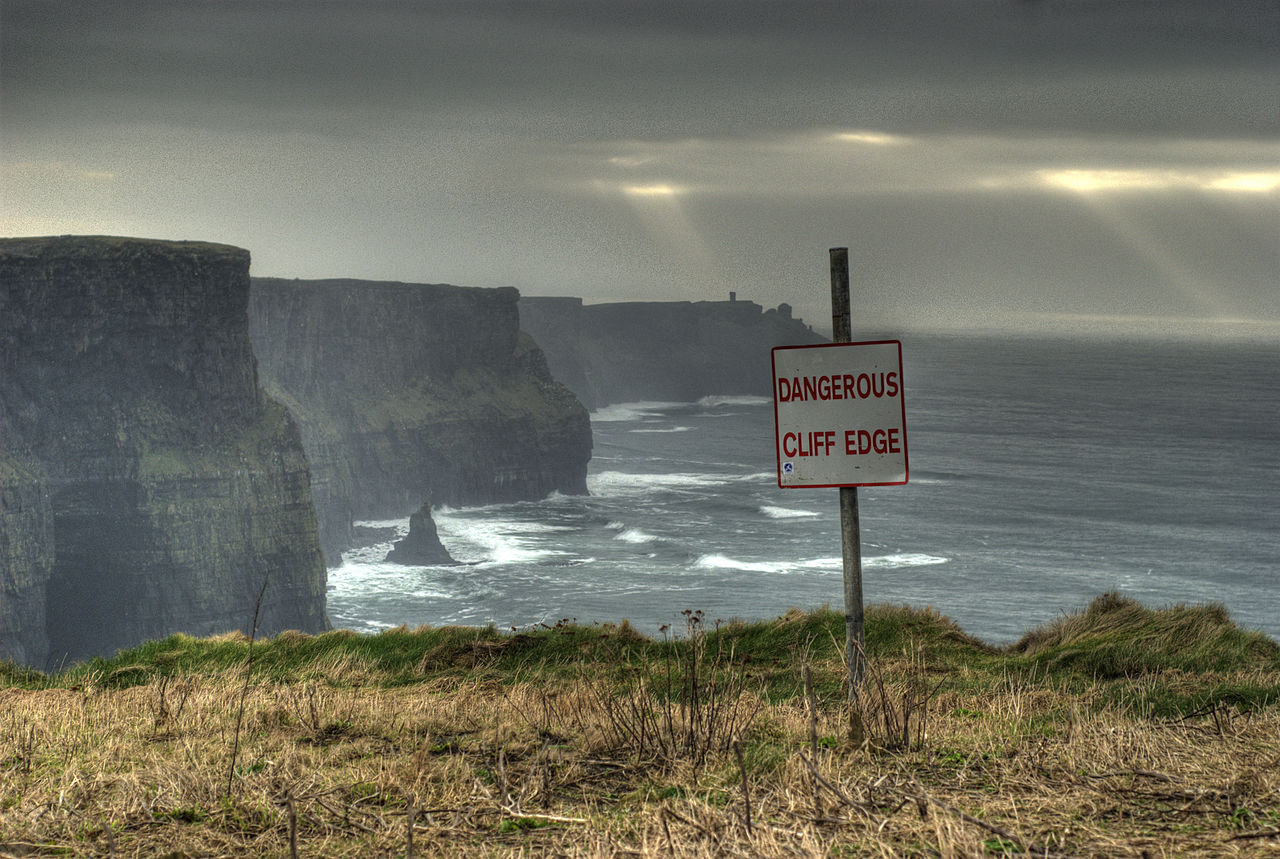 Once upon a time, I stood at the edge of Jumping Rock at Waimea Bay in Hawaii.

My friend and I had watched dozens of kids climbing up and jumping into water below. I laughed, thinking they were crazy. Then my friend said he was going to do it too, and for some reason, I didn’t want to miss out.

There was no way I could ever do such a terrifying thing myself. The rock was 35 feet high. But as I watched everyone do it, temptation sunk its evil hooks into me. I scaled the rock in my bare feet, knowing that I could never get back down without hurting myself.

Then I was there, like so many people before me, looking down at the water way below me.

It was easy, right? Just jump. It didn’t seem that risky. The water was clear, and sufficiently deep. The bottom was sand as far as the eye could see.

But jumping from that height was madness, especially for someone with a moderate fear of heights. How could I ever do it? What had I gotten myself into?

That story feels so appropriate now that I’ve completed my novel, By Moonrise. As much as I wanted to get my feet wet in indie publishing, I never thought it would be with this book. When my plans with the time travel novel stalled, I realized I still wanted to climb the proverbial rock. Since I had a completed novel just waiting for me, I thought, why not start with this one?

Here’s a secret. It’s hard as hell to take something you’ve worked on for years and share it with others, even strangers. In part it’s frightening to consider the reaction you’re going to get when others read your work, but for me, it’s also a bit weird to share my characters. They may be fictional, but they are people I know intimately, and I’m exposing them and all their own secrets to the world, and that’s a daunting thing.

Here’s another secret. Everyone talks about how much work goes into writing a novel (especially one like mine, that runs 174K words). However, no one ever really goes into the nitty-gritty of getting a novel ready for the public.

So this is the story of me climbing a new rock—the indie publishing rock.

Since I decided publish this book, I had to made the decision to start climbing up a new rock, even steeper than the one in Hawaii. My first steps were to re-read the novel in full twice. The first was to make sure all the pieces were there and there weren’t any missing bits, and to do a first run of proofreading.

Then I handed it off to some lovely beta readers to get feedback. That was absolutely horrifying. Some are good friends, some are little more than acquaintances.

The good news is, everyone so far has said they liked it. Whether that’s true or not, it now feels like there are friends up there on the rock with me for the first time, and that makes the process easier.

With their feedback, I made some changes, and then allowed my Mac to read the entire book to me over the course of several evenings. (It’s amazing how many errors you catch when you hear it read aloud).

I spent an evening doing the print layout in MS Word, which took several hours, including some time learning how to successfully export it from Scrivener into Word; choose fonts; insert drop caps; figure out appropriate margins; do headers; and figure out how to have new chapter pages not display the headers. I also had to go through and manually add scene breaks since Scrivener strips those out of the export apparently.  And now? It’s quite pretty, if I say so myself.

What happens next? I’m still fidgeting, waiting for my turn to jump.

I’ve sent the novel and all kinds of little bits, including an ISBN and bio, to my cover artist, James Egan of Bookflydesigns.com. I should have the cover done hopefully by the end of the month or so. I now need to finish my back cover blurb (and feels like little rocks cutting up my bare feet!) and write up a brief summary.

While the cover is brewing, I’ll be doing a final pass through my “galleys” to make sure I didn’t lose anything in the transition between software programs, that all of my scene breaks are in place, and there aren’t any egregious typos that got missed along the way.

Once I have a cover, I’ll be uploading the book to Kindle Direct Publishing so people can buy the ebook, and to Createspace for the print version.

And when all that’s done, it will be my turn to jump off the rock.

Oh and whatever happened in Hawaii when I stared down that 30-foot jump? I knew that I couldn’t stay up there forever, and the only way off that rock was down. So I jumped… and it was one of the best experiences in my life.

And it taught me that the best things in life often come when you take terrifying risks.

If you’d like to preview By Moonrise, I am making it available for free on Wattpad in a series of installments (with a terrible DIY placeholder cover!). I would love to get feedback! You can view it here.

3 thoughts on “Standing on the Edge of Publishing”