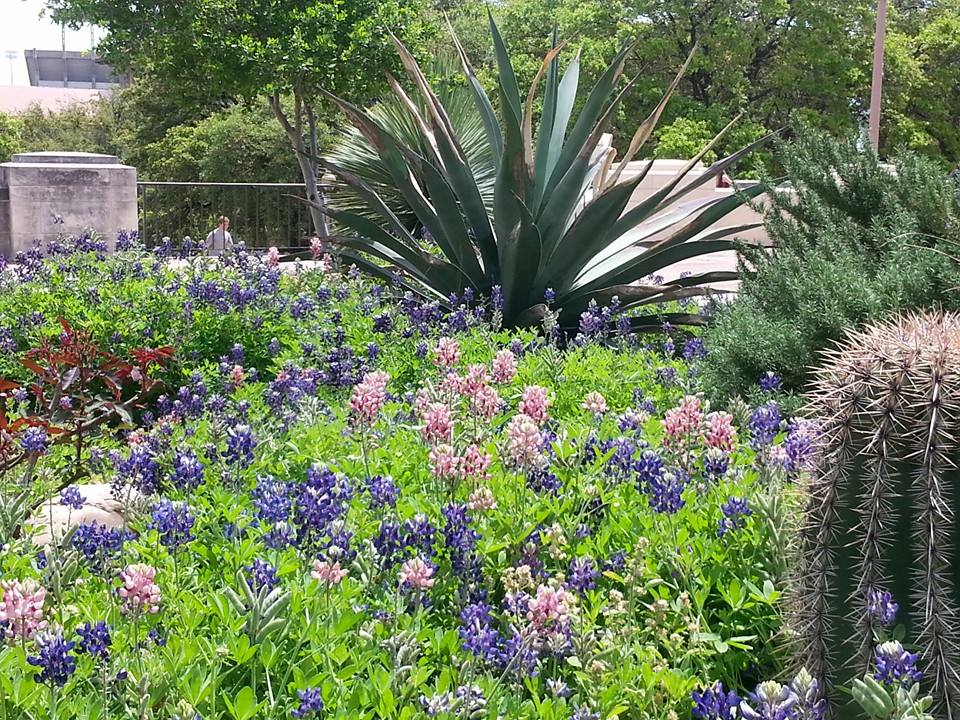 There’s a big brouhaha over at the University of Texas at Austin. Apparently there’s some maroon bluebonnets popping up in raised beds near the UT Tower. The outrage! See, these flowers were developed by dastardly scientists over at Texas A&M through selective breeding and hybridization, creating a pink version of the ubiquitous bluebonnets that blanket the city of Austin in the spring.

Some have demanded nothing short of utter anihilation of the traitorous maroon bluebonnets, and are suspecting that it was a prank by Aggies to undermine the bluebonnet patches on the campus. According to a post on the UT Austin Tumblr site, no one is planning to destroy the wicked pink blossoms: “UT Austin has no immediate or official plans to pull up the Aggie-colored wildflowers.” That’s good news. As it turns out, the location for at least some of these despicable rival colors is the Tower gardens. And those gardens owe their very existence to… ME. Back in 2009 the garden beds were boring raised beds filled with monoculture seasonal annuals, such as a sea of pansies, that was constantly being dug up and replanted with new flowers. It bothered me so much that I submitted an idea to the Ideas of Texas to repurpose these beds, and the University responded favorably. (See my previous post about my UT Garden). In fact, my idea sparked a campus-wide landscaping shift towards permanent installations of native plants and wildflowers. In conjunction with my idea, I met with the representatives from the Ladybird Johnson Wildflower Center to discuss the plants that should be included in the Tower Garden, as I really wanted it to be a sensory experience – sound, texture, smell, as well as color.

So I think I’ve earned the right to express my opinion about the Aggie blooms. And that opinion is… SAVE THE BLUEBONNETS! I hope that neither UT officials nor third-parties take it upon themselves to destroy the pink flowers. They’re pretty, and they can’t possibly hurt anyone. Seriously, if anyone at UT or elsewhere takes the rivalry between schools so seriously as to destroy wildflowers, they really need to get a grip and reassess their priorities.

1 thought on “Attack of the Rebel Bluebonnets”