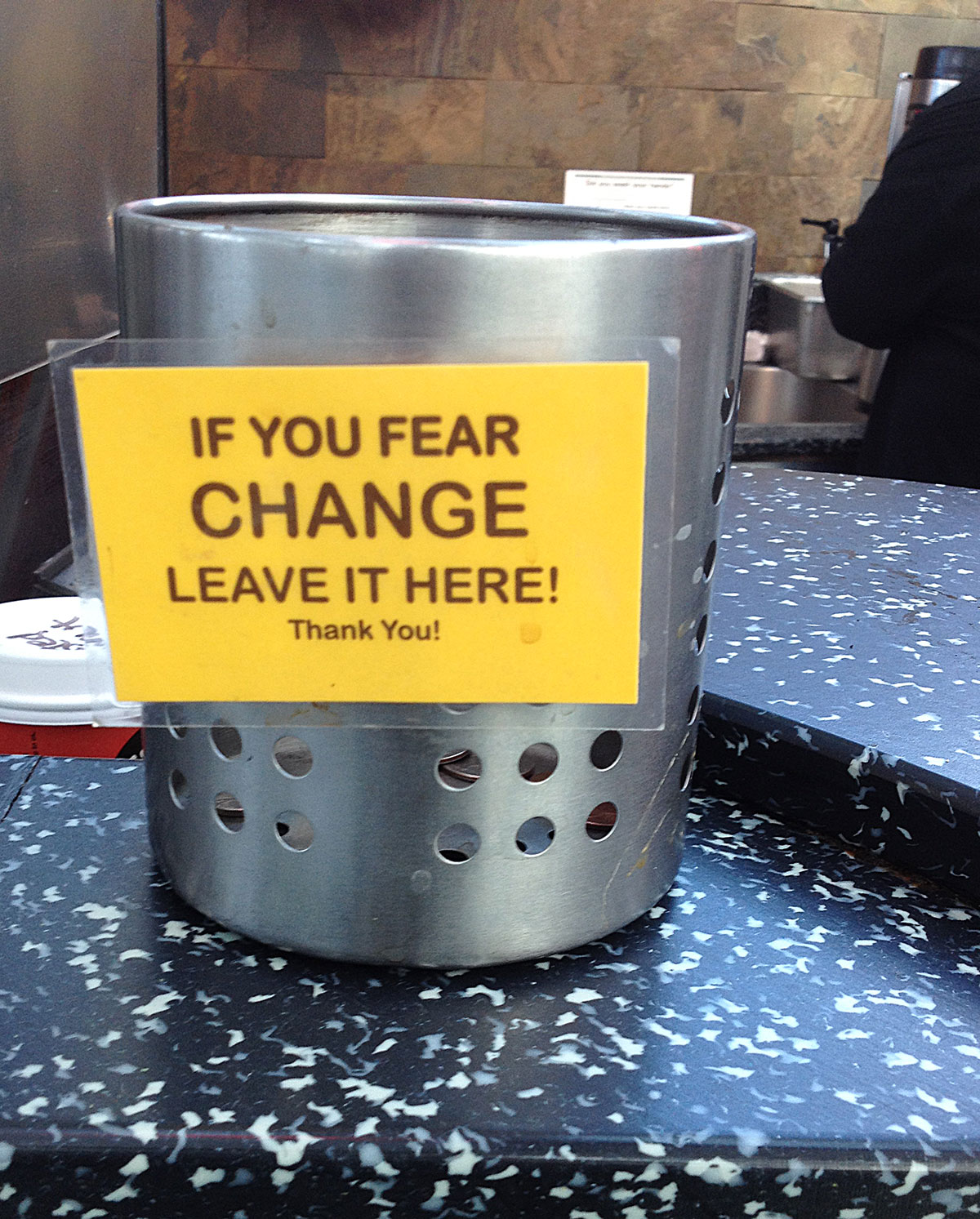 What’s the deal with change?

People are terrified of change. Even when they hate their lives (or some aspect of them) people will keep doing the same things they’ve always done. Fear of the unknown, concern about what might happen if things change, causes people to be risk-adverse.

I once knew a woman who despised her job, her office, her bosses. She was moved to a new job without her consent, and dug her heels in, refusing to decorate her new office, even though she disliked the furniture and the color of the walls (which she could have had repainted). She could have retired and either become a volunteer doing something she loves, or found another job, but instead remained in the same job. It was easier remaining in a job she couldn’t stand than to take a chance and do something new.

When I look around, I see lots of people who are afraid to take chances. They might not be happy with their current situation, but the devil they know is better than the one they don’t. They don’t get out and meet new people; they don’t try new hobbies; they refuse to move from their home. They know that these things depress them, but they’re paralyzed by the uncertainty, the unknowable future.

Let’s face it. No one can predict the future. Whether you stay at your current job, or your current home, or in your current relationship – or not – an asteroid could obliterate the planet tomorrow. You could get laid off. You might get hit by a bus. Or you could win a million dollars.

Logically, it seems to make sense to take a risk and try to increase your happiness. In my experience, in every single case when I’ve made major life changes (breaking up from a relationship, moving, finding a new job, meeting new people, etc.) my life has improved, I’ve become happier, and feel much more in control of my life. Changing my habits and how I spend my time, such as signing up twice for NaNoWriMo, has made me a better person (and in this example, a better and more productive writer).

I truly believe that it’s never too soon to make big changes, because you never know when the chance might pass you by. And you should always be looking for little changes you can make in your daily life.

Or, as the band the Butthole Surfers noted in their song Sweat Loaf (a silly song, but with a statement that has stuck with me since the song was released in 1987):

Daddy?
Yes, son.
What does regret mean?
Well son, the funny thing about regret is that it’s better to regret
something you have done than
to Regret something that you haven’t done
And by the way, If you see your mom this weekend, will you be sure and
tell her…
SATAN SATAN SATAN!!!!

So is there anything you want to change? And if so, how are you going to make it happen?