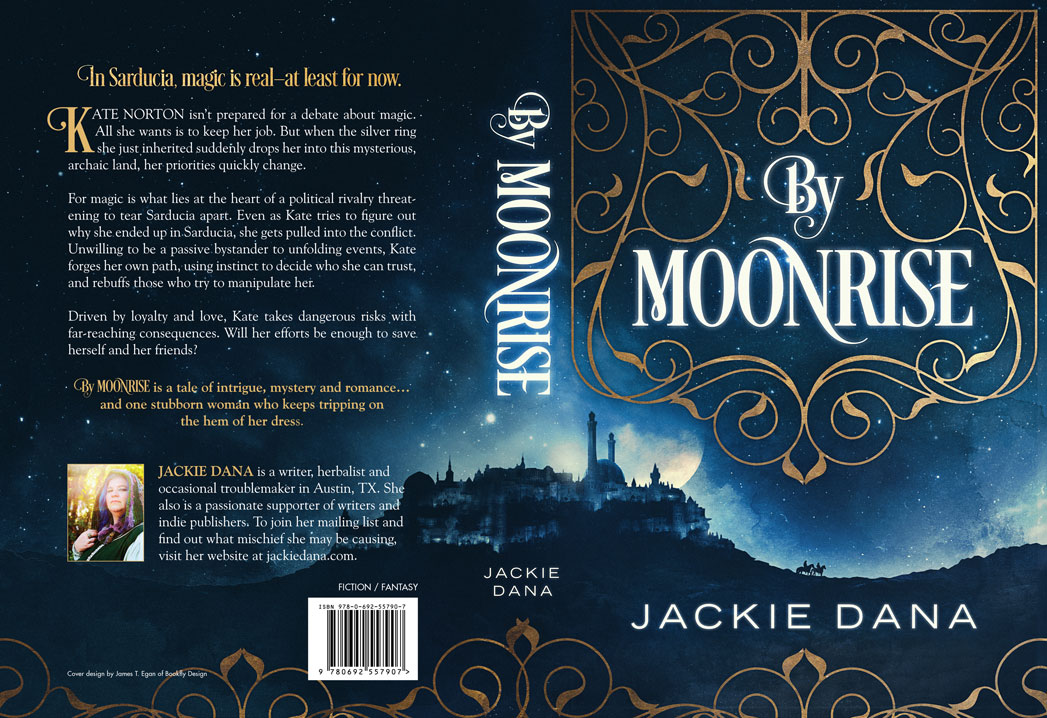 My first novel, By Moonrise, is now available for pre-order on Amazon.com.

Wow, did I really write those words? I need to stop and pinch myself. I can’t really believe this is happening to me.

It’s been quite a journey. 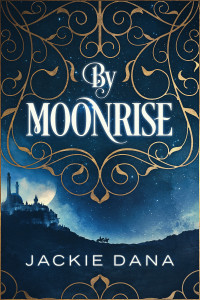 You see, I started By Moonrise many years ago. Some of the very early backstory came to life on a typewriter, it’s that old.  At one point, maybe a decade ago, maybe longer, I dreamed of trying to sell the book to a publisher. When I learned that publishing houses don’t like long books from new authors, I spent months deleting half of the story, and tweaking and polishing, only to decide that I didn’t want to shop it around. Instead, I started work on a second novel in the series, and even a little on a third, and on occasion I’d go back to the first of the series because the characters demanded it. It became a personal passion, something I had to do regardless of the outcome, and I would get cranky when I hadn’t made time to write in a while, such as during the dark period known as grad school.

As other authors will no doubt understand, my characters became my friends, and when we didn’t hang out, I missed them. So I always loved this book and the process of telling the story.

At the end of last year two different people in entirely different contexts told me about the viability of independent publishing. I knew it existed, of course, but hadn’t taken it seriously before. Suddenly convinced by serendipitous conversations and a new meetup called Indie Publishing Austin, I decided I’d throw my hat in the ring.

But what would I publish? I had a NaNoWriMo novel, but it needed a lot of work. I started on a time travel novel titled In the Company of Outlaws, but I wasn’t happy with how it progressed.

Meanwhile, I’ve been building a business to help other indie authors, and I knew I had to publish something so I could better understand the realities of the indie world.

I had two novels that needed a lot more work, and a finished novel that was just hanging out on my computer. By Moonrise.

So why not publish it? Because I was terrified. Terrified. I poured my heart and soul poured into it for a very long time. What if people hate it?

I finally realized that it didn’t matter. Regardless of what I publish, there will be people who love it and people who hate it. In that way it will be like every other book ever written (after all, some people hate Shakespeare and Harry Potter!) And it was there all along, waiting for me, as if this was its fate—our fate—all along. So I made the difficult and scary decision to publish By Moonrise. To share the story of Kate, Arric and Rynar with the rest of the world.

By Moonrise will become available on Dec. 8th, 2015. It is not coincidental that this is also the 35th anniversary of John Lennon’s death. It is a date loaded with gravitas and grief, one which wields a lot of power. As I thought about it, I realized that more than anyone, when I was in high school it was John Lennon and his legacy that inspired me to write, to follow my own path, and to choose peace in all things. By choosing this date, I am honoring that debt, and making the day one not just of sadness but also one of happiness and new beginnings. The day my dream of being an author finally came true.

(Thanks to James T. Egan of Bookfly Design for the most beautiful cover ever.)