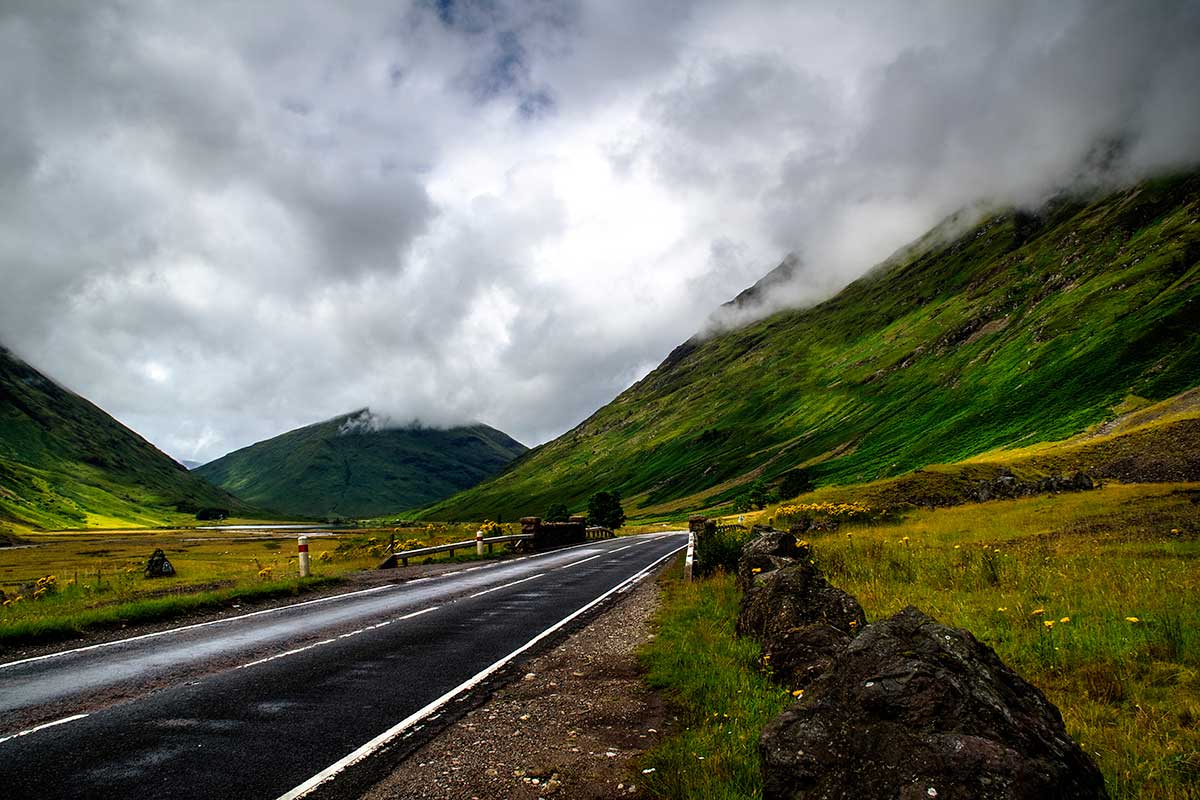 So I wasn’t writing a novel that day. I just had an image, a scene in my head that wouldn’t leave me alone. I found an empty seat on a bench in the school’s front lobby where I would scribble down the idea in my college-lined notebook. I had no idea why I was doing it or where it would go, just that those words needed to find their way to paper before they disappeared.

As a freshman in college, I came up with a new world to go along with that humble scene, and drew a map of the new world I had invented on a sheet of typing paper. A few more pages popped up from time to time, now being typed on an electric typewriter, sometimes inventing a new character, or a village, or a religious order. Words were like weeds that year, and before I knew it I had the start of a novel, though I doubt I would have called it that just yet.

I worked on the novel sporadically for the next six years, but there were many other things inspiring me as I completed my English major and then my History master’s degree. I took every writing class I could find, even at the graduate level, thinking that was how you learned how to write. Meanwhile, my novel lived mostly in a folder tucked safely away on my shelf.

After graduating, I moved to Austin, where I knew few people and had an uninspiring job. To fill the hours of quiet, where there was no homework or anywhere to be after 5pm, I returned to my fledgling novel. Over the next couple of years, with two stretches of unemployment, the novel exploded into a word count well into the six figures.

I would work on that novel, on and off, for twenty years. I wrote a sequel, and started on a third. During this time I learned many lessons in storytelling, editing, and trying something new. I discovered that there was no such thing as writer’s block, just doubt or indecision, and putting fingers to the keyboard always resulted in something new. I watched the novel mushroom into over 200,000 words, and then get severely pruned back to 80,000 so that it would be publishable. That taught me economy of words, and how to purge scenes that didn’t advance the plot. I changed the point of view to a single character.

I experimented and tested ideas, read about the craft of writing, and wrote short stories, articles, blogs… anything I could. In other words, that’s when I learned how to write.

In 2013 a colleague suggested I try NaNoWriMo, the “write a novel in a month” program, and by then, while it intimidated me, I knew I could do it. That fall I wrote an entirely new (and vastly different) novel, and then spent a year editing it so I could write the sequel in 2014. It was halfway through my second NaNoWriMo that I discovered that I wasn’t writing a sequel, but the second half of my first novel. By the end of the month I was convinced that one day it might be great, but the story—a very complicated one, with a lot of non-linear bits and pieces—had worn me out.

It was also in November 2014 that two different people told me about writers they knew in Austin who were making good money publishing novels independently, and I began to wonder if I could do the same.

Always one to accept a new challenge, in December I decided I needed a new novel idea, one that would lend itself to serialization, and I began what I am now calling “In the Company of Outlaws”. My goal was to write the novel quickly and publish it independently within a few months.

It’s the middle of May 2015 and I’m still editing the novel. Even though it’s taken me a lot longer than I expected, it still feels good, and I hope that it soon will be ready to head to a professional editor. It’s taken me about three months longer to get to this point than I expected, but then again, my first novel took 20 years, my second, roughly 10, my third, a year and change (and it’s nowhere near done), so six months isn’t bad for the fourth go-round. And in the six months I’ve been writing, I’ve also put myself through a wild crash course in independent publishing, going to a twice-monthly meetup, reading lots of blogs, following a bajillion people on Twitter, and the like. Even though the book remains unpublished, at long last I believe I have earned the right to call myself a novelist.