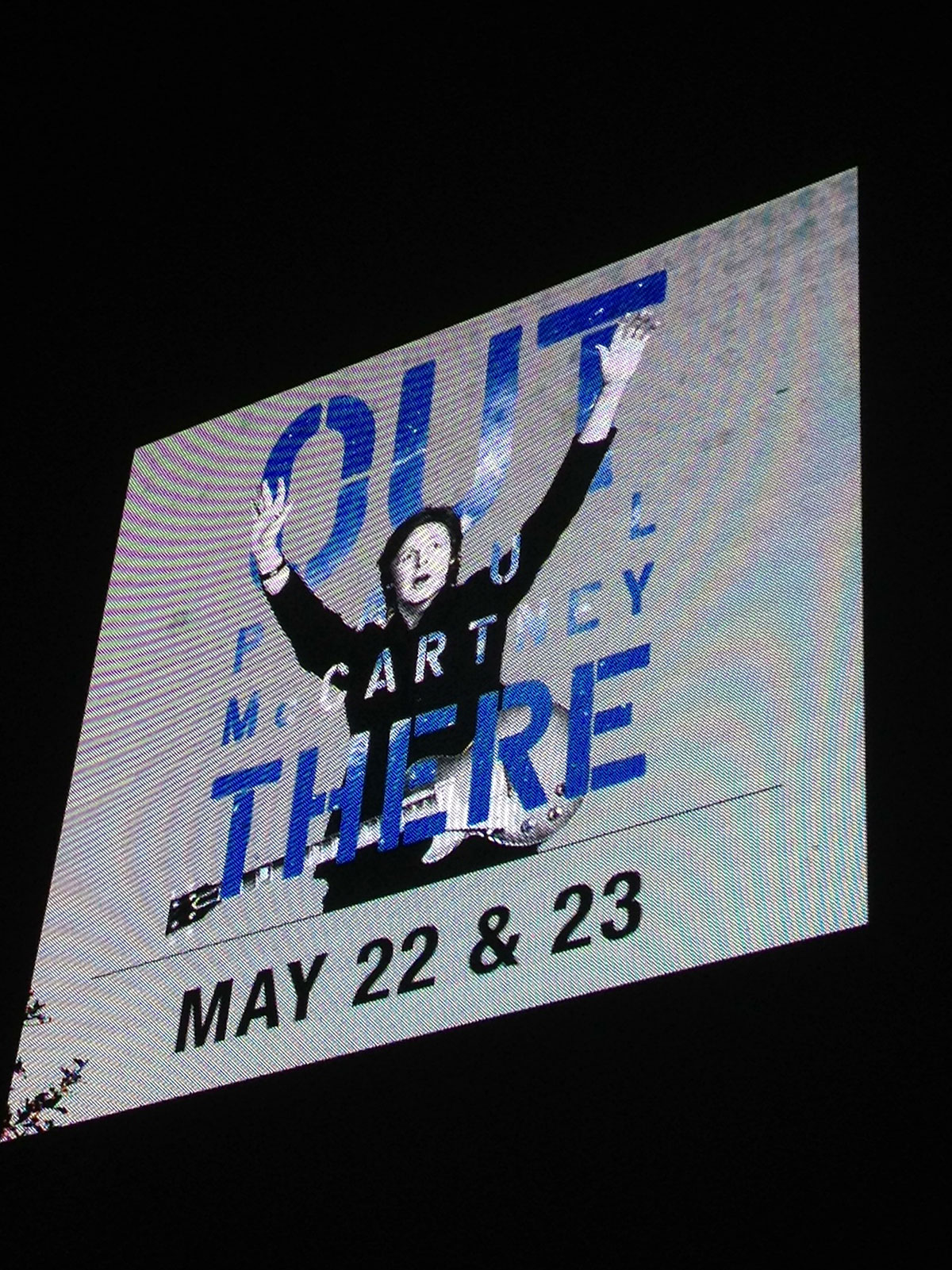 On May 24 I finally got to see Sir Paul McCartney live in concert, at the Erwin Center in Austin, TX.

As someone who has waited 33 years to see him in person, it was a very exciting moment for me, and I made the best of it. Growing up, I always danced to Beatles and Paul McCartney and Wings songs, and I made sure to keep the tradition going. Out of my entire section, I was the only person on my feet for the three hour show, and I danced the entire time. And I’ll have to say… for a 71 year old man, Sir Paul has more energy than me, because he wore me out!

There were so many other memorable moments. Paul talked about how Jimi Hendrix played Sgt. Pepper songs right after the album came out, and asked Eric Clapton to come up on stage to tune his guitar. He told us how the song Blackbird was inspired by the US Civil Rights Movement.  He played a ton of Beatles songs, including things like Being for the Benefit of Mr. Kite and All Together Now that I never would have expected to hear played live, and they all sounded fantastic. He honored John with Here Today, and played Something on the ukelele as a tribute to George. When he played Yesterday during the encore, I tried to sing along, but got so choked up that I couldn’t make it through the first verse without crying, but at the same time, it was amusing to see all the cell phones lit up instead of lighters across the audience.

Hands down, though, was Live and Let Die, where he had fire cannons and real fireworks going off all around the stage. That was one of the coolest things I’ve ever seen, and my iPhone photos hardly do it justice because it was spectacular.

It was a fantastic night and one I’ll never forget. Thanks Paul for visiting our city, for speaking Spanish and carrying the Texas flag, and for making my dream come true.