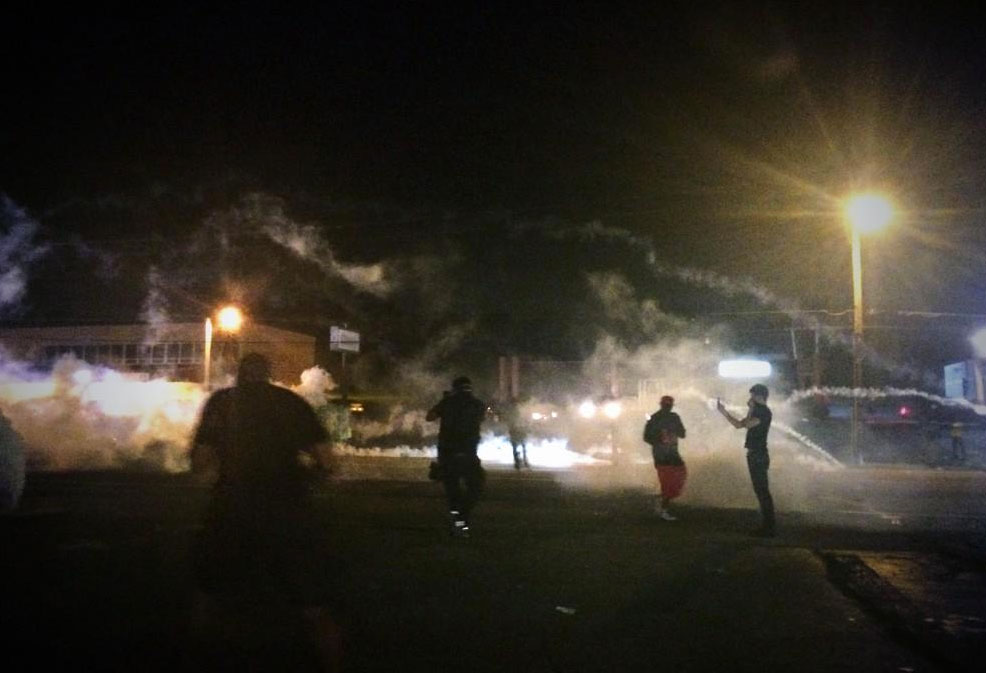 For many, the news from Ferguson is getting old, and people are starting to sort themselves into predictable camps.

I’m most concerned by those who are quick to promote the rumors (all currently unverified) that Michael Brown’s shooting was justified. This suggests Brown was a criminal, and therefore, the people of Ferguson have no justification for their anger and outrage.

Even if Michael Brown was guilty as sin and was charging at the cop – even if that happened, and we don’t know that it did – the cop still used deadly force. In doing so, he reproduced a pattern that happens all the time all over the country, where cops, especially white ones, fear the black man, and African-Americans in turn distrust the cops.

In 2008, the US Department of Justice’s Police Public Contact Survey noted that “black people are more likely than whites or Hispanics to experience a police officer’s threat or use of force” (as quoted in Mother Jones). The article also points out that an investigation of police shootings in 10 major cities uncovered “a disproportionately high number of African Americans among police shooting victims in every one, particularly in New York, San Diego, and Las Vegas.”

Regardless of the reason Brown was killed, the incident underscores the racism and divisions in this country,and the lack of trust between communities. And the protests, along with the massive police response, expose the willingness of even suburban police forces to respond with overbearing military force in the poorest of our communities.

The 1968 Kerner Commission, established by President Lyndon B. Johnson, was charged with investigating the underlying cause of race riots and making recommendations to prevent future occurrences. It’s worth noting that over forty-six years old now, the Report stated:

The police are not merely a “spark” factor. To some Negroes [sic] police have come to symbolize white power, white racism and white repression. And the fact is that many police do reflect and express these white attitudes. The atmosphere of hostility and cynicism is reinforced by a widespread belief among Negroes in the existence of police brutality and in a “double standard” of justice and protection—one for Negroes and one for whites.

But that was 1968. Given the decades that have passed since the 1967 riots, it’s tempting to think of race riots as an artifact of history. Even the 1992 “Rodney King” riots in Los Angeles happened long before social media, and before many college students were born. For many who grew up in the 1990s and 2000s, raised in the suburbs with soccer practice and ballet class, racism seems to be a thing of the past. In so many communities, black students attend school with white students, as well as others of all different ethnicities. There are no “whites only” water fountains; laws prevent discrimination in employment and housing; and the music and culture of the African-American community tops the charts.

And then Ferguson happens, and everyone has to stop and ask themselves: why? How could this happen in 2014?

Forty-six years ago, there was hope for change. As the Kerner Report pointed out:

This is our basic conclusion: Our nation is moving toward two societies, one black, one white—separate and unequal….

This deepening racial division is not inevitable. The movement apart can be reversed. Choice is still possible. Our principal task is to define that choice and to press for a national resolution.

It’s sobering to consider that almost half a century ago our government recognized the racial divide in this country, acknowledging this disparity, and yet in all the years that have passed, our society still struggles with this reality every day.

Regardless of what happened when Michael Brown was shot, the media coverage of the protests that followed has exposed many dirty truths about the state of racism in this country.

Ferguson caused a whole new generation of white Americans to confront the issue of racial discrimination.

If anything good can come of Michael Brown’s death, let it be that the shooting, the protests and the violence have raised our awareness of racism, both as a society and as individuals.

Maybe once the fog of the tear gas canisters clears, Ferguson can ignite the spark of change.

1 thought on “Tear Gas and the Spark of Change”