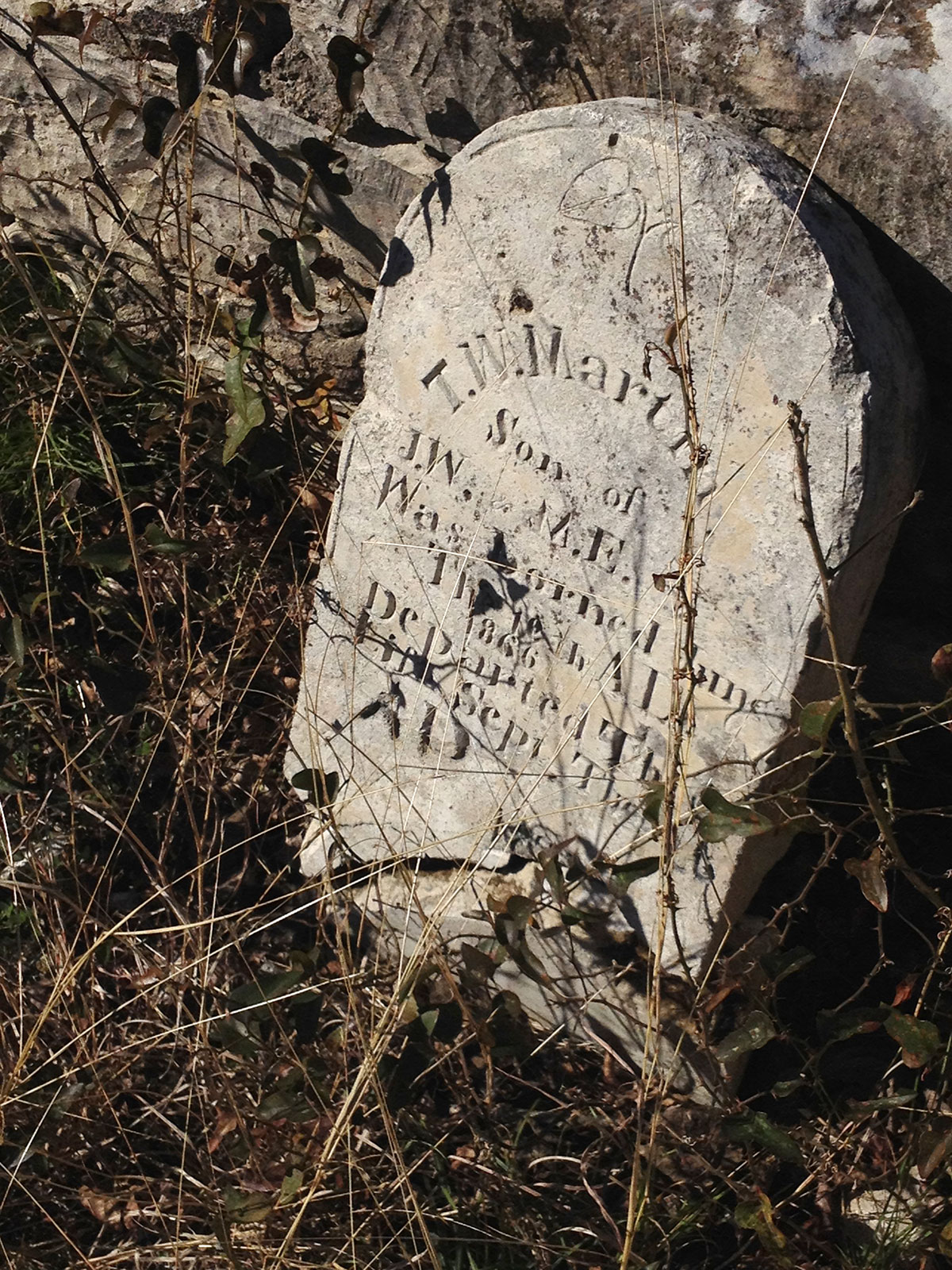 Christmas is a difficult holiday for me. It has long evoked strong emotions and has become a time to recall lost friends, refresh old memories, and celebrate the turn of a year.

To commemorate the day and a friend we lost on Christmas Eve ten years ago, my friend Marie and I visited the Boggy Creek Masonic Cemetery in Austin, Texas.

This is a cemetery in far South Austin that has late-19th-century graves of Masons and their families. It’s an interesting step back in time, and a quiet, out of the way place to wander and contemplate on’s own history. The cemetery’s own story is also as good as it gets. As the official historical marker details:

According to local tradition, in the winter of 1859, 23-year-old John Davis joined a community wagon train headed for work in the pine forests of Bastrop County. Davis, sprayed by a skunk during the night, began running wildly through the camp. He was mistaken for a Comanche intruder and accidently shot to death. His father, Jenkins Davis, buried his son here, on 2.3 acres he purchased near Boggy Creek and his Manchaca home. John’s 1859 burial is the earliest recorded here.

1 thought on “Christmas Remembrances at the Masonic Cemetery”