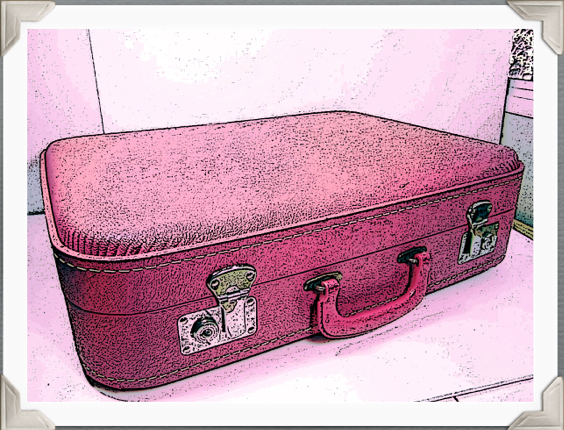 (This is a short story I wrote for a four-minute flash talk at the Automattic company meetup.)

My name’s Jake, and I’m a dream fixer.

You know that feeling when you’re in some weird place in a dream, and you don’t know anybody around you or what’s going on? That’s called ‘dream-hopping’—when you go into someone else’s thoughts when they’re asleep. Turns out we all do it.

The difference with fixers is, we dream-hop consciously, going into other people’s dreams to sort things out for them. I get plunked right into the middle of some random dream, figure out what’s going on, fix something, and then hop out again.

I figured out that’s what I was doing one night when, in the middle of a dream I happened to look in a mirror. Rather than my bald head and goatee, I saw this chick with curly brown hair. Freaked me out, lemme tell ya, and I started paying more attention to my dreams after that.

Now you might be wondering, who am I to fix other people’s dreams? What kind of qualifications do I have? Hell if I know. During the day I work at the corner bar and make small talk with people, but it’s not like I’m going to change the world. But my nights are different. I feel like a super hero—though it’s my secret since no one ever knows I was there.

One time I hopped into the dream of a grade school teacher. He’d been really annoyed with this kid in his class, Jimmy, who was always causing trouble: flinging pens, making gross noises, stuff like that. In the dream, I showed the teacher that Jimmy couldn’t read, but he was really good with numbers. I’d like to think the teacher gave Jimmy a little more attention after that. Who knows? Maybe Jimmy’s the next Einsten.

A couple nights ago I slipped into the dream of a ten-year-old boy, right when he asked, “Why did Jessie pack a suitcase full of her favorite things, and then leave it behind?”

In the dream I was Bobby’s best friend. We ran across the park, past the swings and the soccer field, and pulled ourselves under a chain link fence. We ran into Jessie’s yard, and snuck into the house through an open window. No one was home, and all the lights were out. But in the living room, standing like an unopened birthday present, was this shiny pink suitcase.

There was a creaking sound, and a thump, as Bobby flipped open each of the latches on the suitcase. Inside was a fuzzy blue sweater, a few paperbacks, a ceramic turtle. And Mr. Monkeybear. All packed with care.

We spent ages searching for clues. We snuck upstairs, and looked in the garage, and in the tall grass in the backyard, but we couldn’t figure out what had happened to Jessie. Had she died? Been shipped off to Grandma’s? Or was she even now laying in a hospital bed with leukemia? There was just no explanation.

Such things happen to dream fixers from time to time, and I thought I had gotten used to it. My job was just to fix what I could and move on, and not get too attached, you know? But it was different this time.

The next night, somehow I found myself dreaming again about Bobby’s quest, about the lost girl and the forgotten pink suitcase. Again we pulled ourselves under the chain link fence; again, we climbed into the empty house. I wanted to help Bobby out, but it wouldn’t ‘fix’ the dream if I put a fake ending on the story.

I was still groggy when I went to work the following day. It was slow, and most of my shift was spent pouring beers for Alfred, a lonely dude with three gold chains who camped out at our bar every Wednesday.

The day ran long, and Alfred’s voice became slower as he sank into his seat and his stomach filled with alcohol. What did he dream about? I wondered.

I was at the sink washing out pint glasses when out of the corner of my eye I saw someone new take a seat at the bar, and I heard Alfred offer to buy them a drink. It was a woman, just a bit younger than me, in a blue sweater.

And sitting on the stool beside her was a pink suitcase.

It was at that moment that I realized my own dream had been fixed.

“The Pink Suitcase” is © copyright 2013 by Jackie Dana and may not be reproduced without permission.

1 thought on “The Pink Suitcase”